The concert, which will begin at 6:45 p.m., has been dubbed by critics as America’s No. 1 Multi-Artist Tribute Show and features Waddington performing the hits of Johnny Cash, Neil Diamond, Dean Martin and several other legendary entertainers.

Waddington will be backed by a four-piece band, who he says deliver the hits of yesteryear with spot-on accuracy and enthusiasm.

Along with Waddinton’s performance, singer Susan Ritter will take the stage and pay tribute to female artists, such as Bonnie Raitt, Linda Ronstadt, Ann-Margaret and a variety of other female music stars.

Ritter is a veteran entertainer, who has headlined shows in Las Vegas and across the U.S.  In addition to her singing, the Ohio native also is a songwriter and an accomplished guitar player.

High-Desert based Indie country/folk music star will make a rare live appearance as the opening act.  Hunt is best known for her hit single, "Christmas Without You."  Her songs have topped charts around the world.

Tickets to Steve Waddington & The Retro-Rockin’ All-Stars are $35 per person.  Seating is open. All in attendance will receive a free copy of Hunt's holiday album, "How Christmas Feels to Me."

Refund policy: Refunds will be issued up to 72-hours after the date of purchase. 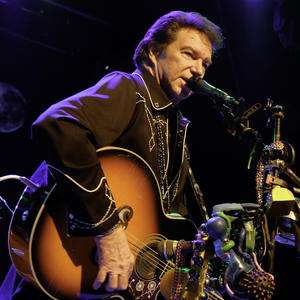