Hot off tour with Dizzy Wright, Gritty is hitting the road for his first National Headlining tour!! The Gritty in your City Tour will be rolling through Submissions Dance Club in Heath, OH (30min east of Columbus) on Saturday October 4th. This show is 18+. Tickets are $8 in advance and $10 at the door. 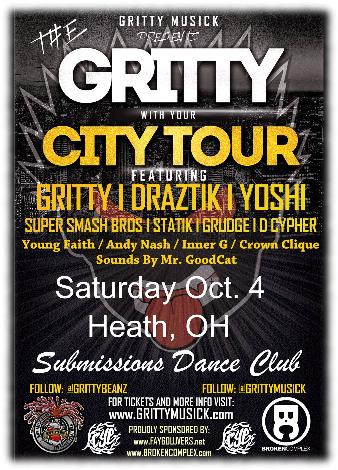