An Evening with John Muir

Conversation with a Tramp: An Evening with John Muir

This stirring production has been presented every summer in Yosemite National Park - and throughout the country and around the world - since 1983. It depicts Muir's last dramatic battle to preserve the beautiful Hetch Hetchy Valley, part of Yosemite National Park, but threatened by San Francisco's desire to construct a dam there, drowning it hundreds of feet deep. Audience members are his guests as they await final word of the Hetch Hetchy's fate from Washigton decision makers.

While waiting, Muir's righteous anger at the 'temple destroyers' is tempered by his hearty good humor, and his relating of a number of his most extraordinary wilderness adventures, including his remarkable 'tree ride' in a Sierra windstorm. A fine introduction to both Muir the man and his profound love of wildness.. 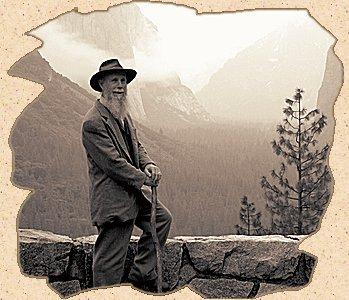