David Allan Coe will be performing at The Mobius Club on Friday September 16, 2011. Doors will open at 8pm and the show will start at 9pm.Scott Larsen Band will be the opening act taking the stage at 9pm. David Allan Coe will take the stage at 10:30.With over 90 Albums and over 35 years in the Country Music Association, DAC has taken the country music scene by storm, and sometimes other charts also.His "Greatest Hits Album" is PLATINUM and his "First Ten Years Album" is GOLD. He has had sixty-three songs on the Billboard Singles Charts, including "Mona Lisa Lost Her Smile", "The Ride", "Please Come to Boston", "Willie, Waylon and Me", "Jack Daniels If You Please", "You Never Even Call Me By My Name" to name a few. He has written songs for Johnny Paycheck, Tanya Tucker, George Jones, Willie Nelson, Leon Russell, Charlie Louvin, Del Reeves, Tammy Wynette, Melba Montgomery, Stoney Edwards, The Oakridge Boys and KID ROCK. Both "Would You Lay With Me" and "Take This Job and Shove It" are million seller songs penned by David. Johnny Cash has recorded David's songs including "Would You Lay With Me" on his current chart topping album entitled "CASH". His tour schedule is never-ending list of SOLD OUT shows. He performs both Country and Rock shows depending on the venue. DAC also plays in many Casino's where he does Las Vegas type shows. DAVID IS AN ENTERTAINER.Come and see this LEGEND of country music LIVE at The Mobius Club in Algona, Iowa on Friday, September 16, 2011. 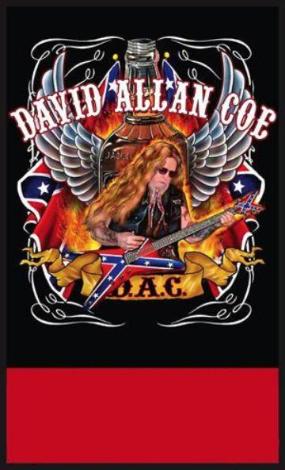