Award winning Canadian fiddler and step dancer brings her trio to Santa Maria for an evening of foot-stompin fun!

April Verch is the first woman in history to win both of Canada’s most prestigious fiddle championships, the Grand Masters and Canadian Open. She was born to traditional music, in Canada’s hard-working, hard-dancing Ottawa Valley where music is a foot-stomping, open-minded fusion of Irish, Scottish, French, German, and Polish influences, sprinkled with tangy spices of American country music. At four she and her sister won step dancing contests, and since then she’s fiddled, danced and sung on stages across the world where her band of three has established a reputation as consummate performers with boundless energy that inevitably brings audiences to their feet. Don’t miss this rare occasion to see one of Canada’s national treasures!

Special Guest The Sassafras Union is a collective musical venture bringing a unique blend of American, Blues, and Folk music to create a unique  vibe that is all their own. 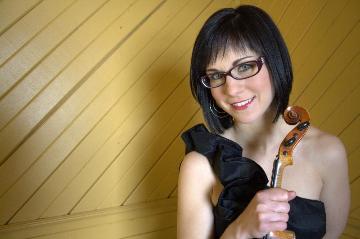