BUFORD, GA - The full feature documentary The Season-Buford High School will premiere on the big screen Saturday December 3, 2011 at the Buford Fine Arts Center in Buford, Georgia.  This community event will serve as a fundraiser for the Buford Lady Wolves with 40% of all ticket sales being donated to help fund the team's trip to the prestigious Nike Tournament of Champions in Phoenix, Arizona December 18-22.

The Season-Buford High School is the remarkable story of the 2010-2011 Buford Lady Wolves basketball team and their attempt to win a third consecutive state championship.  Buford opened the season nationally ranked and touting two of the best players in the nation.  But after several tough losses to rival opponents, head coach Gene Durden is forced to challenge the team's character and commitment to winning.  Watch the emotional journey unfold as this team finds out if they have what it takes to three-peat.

Directed by award winning producer Kelly Kline in collaboration with Kevin Hursh Films, The Season-Buford High School is an inspirational and candid first hand look at a highly successful girls basketball team where the goal of winning state championships is second only to the goal of preparing young women for life beyond the game.

The event will be Emceed by Atlanta Dream point guard Lindsey Harding.  This past season, the WNBA All-Star lead the Dream to their second Eastern Conference title. Following the premiere, Lindsey will joing the Buford Lady Wolves for a special autograph signing session. 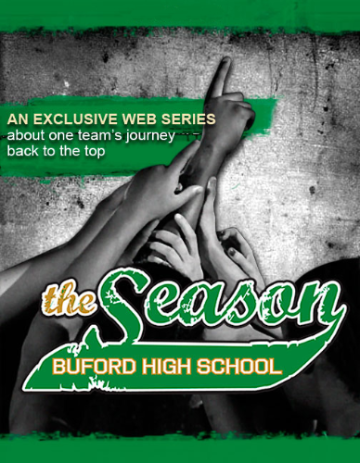