Since 1995, Yonrico has been touring the world as a member of the Derek Trucks Band (dTb). Throughout his musical career, Yonrico has recorded and/or performed with a Who’s Who list of well-known artists. He has collaborated with Stevie Wonder, Whitney Houston, Aretha Franklin, Ray Charles, The Allman Brothers Band, Gregg Allman, and Widespread Panic.

Geoff Hartwell is a scorching guitar player, songwriter, teacher and clinician. Recent shows have included performances with legends such as Gregg Allman, Sonny Landreth and John Hammond and touring/recording with Andy Aledort and Yonrico Scott (of the Derek Trucks Band), as well as Alan Evans of Soulive. 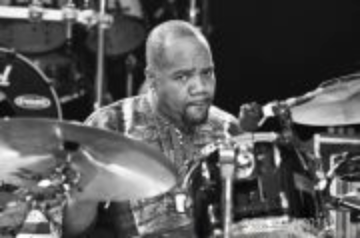