With Special Guest AJ Angelo
---
Danny Lang Promotions, is proud to bring back A.J. Croce, for the 3rd time in the past 4 years to the central Ohio area.  Each show has been fantastic and we expect the same for this year's show.

We love finding intimate venues, and we believe Copious-Notes of Columbus, with it's jazzy, "speak-easy" type atmosphere, will be a perfect fit for this show. Regardless of your seat, I believe there is not a bad seat in the house.

Copious provides a first class restaurant, so feel free to come early and eat dinner prior to the show.  Notes, will provide beverage service through-out the show.

Convenient parking is provided by a parking garage that is available across high street from the venue.
---

Notes is our underground live entertainment venue with a major focus on music. We host an array of national and local artists combining to provide a wide range of styles & shows so our guests can enjoy something new almost every night! Our unique setting and state of the art sound system allows for an experience like no other in Columbus, and our versatile seating can accommodate close intimate shows with the performers, or a wild night of dancing with friends! So take a look at our events page and buy your tickets today!

From his debut as a jazz influenced blues-based artist to his evolution into a pop music iconoclast, singer-songwriter A.J. Croce has traveled a circuitous musical road. Now, with Twelve Tales, A.J. unveiled his most ambitious recording project to date: A dozen new tracks recorded by legendary producers across a variety of American cities, released one song each month in 2013.  A.J. recently signed with Compass Records (Colin Haye, Victor Wooten), an independent label that has been touted by Billboard Magazine as one of the leading labels of the past decade. Twelve Tales came out everywhere on February 4, 2014 and will come out on LP this Spring.

The son of legendary singer-songwriter Jim Croce, A.J.’s career began with his first tour at age 18 opening up for B.B. King. In the span of a 20+-year career, A.J. has headlined festivals, concerts and major listening venues worldwide. He has been seen and heard on shows including Jay Leno, David Letterman, Conan O’Brien, Austin City Limits, Good Morning America, E!, and CNN, and he has shared the stage with an innumerable list of eclectic artists from Willie Nelson to Ray Charles, Béla Fleck to James Brown, Lyle Lovett to Morphine, and Rod Stewart to Ben Harper.

A loyal and appreciative audience and glowing press from Rolling Stone to the New York Times confirms the appeal of A.J’s genre-spanning music, with six of his albums positioned in various radio charts including Top 40, AAA, Americana, College, and Jazz. An ivory-searing New Orleans piano style established an essential juju, but his exploratory pop gems revealed a spectrum of influences from art rock to Americana and beyond. Initially signed as a jazz artist, he subsequently charted with an Americana roots release and recorded two well-regarded releases for BMG Records that expanded his audience exponentially.  His subsequent albums were released on various independent labels and his own label, Seedling Records, established in 2003 to release his own records and that of other artists.

Having spent the past three years in Nashville where a packed weekly schedule of co-writing sharpened his writing to a keen edge, A.J. says that back home in California his song craft took an instant turn. “I began writing for myself again,” he confirms. He has recently begun collaborating with the great Leon Russell (“A Song for You,” “This Masquerade”). “It’s a thrill and a little surreal to collaborate with Leon Russell. He’s been an influence and an inspiration as long as I can remember,” says A.J.

A dedicated family man, an adventurous artist and a confident creator; in this phase in his life and career, A.J. is focused less on expectations and more on instincts. “I generally want to do the stuff that makes me feel good,” he says. And like the blues greats who influenced him, A.J. Croce continues to create stellar music with longevity, authenticity and truth. Twelve Tales marks the latest milestone on his illustrious journey.

“A.J. Croce has wisdom beyond his years. With his music, he represents his generation with a profound sense of honesty in his lyrics and quality in his delivery. The future of entertainment is safe in his hands!” - Willie Nelson

“One of the greatest young songwriters” – David Wild, Rolling Stone 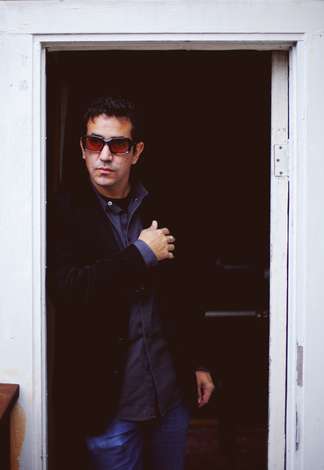