The Norfolk Arts Center host The Second City: Laughing Matters at the Johnny Carson Theatre; Thursday, November 8 at 7pm. With economic uncertainty, political gridlock and a dearth of Khardashians clogging up our televisions, laughing has never mattered more and The Second City is here to bring some well needed silliness and hilarious spontaneity to a world in need of some comic relief. The Second City: Laughing Matters putscomedy first in a wickedly funny revue that skewers and celebrates in equal doses. The Second City celebrates over 50 years of cutting edge satiric revues and continues to deliver the leading voices in comedy while touring the globe. With scripted and improvisational elements, audiences always enjoy being part of the show and playing along with the next generation of comic legends. Whether it’s ripped from the morning headlines or a classic gem from their 50 year archives, The Second City is always a laugh out loud hit. 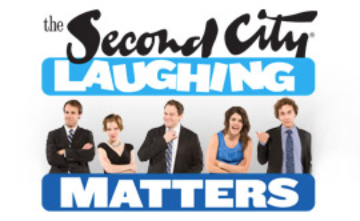