Mr. Murphy was the season 6 winner of NBC’s popular show America’s Got Talent and is a Logan, West Virginia native.  Since winning AGT, he has headlined venues such as the Coliseum Theater at Caesar’s Palace in Las Vegas, the Apollo Theatre in New York, made a Superbowl appearance, and sold out a string of shows across the USA.  He has appeared on shows such as The Today Show, The View, The Talk, CNN, The Wendy Williams Show, and Anderson Cooper.  Prior to his visit to Jackson County Landau will be wrapping up a tour in Germany.

Landau’s first album, “That’s Life” debuted at number one on the Billboard jazz charts and the top 40 overall.  He has made many appearances and performances in West Virginia, but this will be his first visit to Jackson County.  All proceeds from the concert will benefit CASA of the 5th Judicial Circuit, an organization that advocates for neglected and abused children. 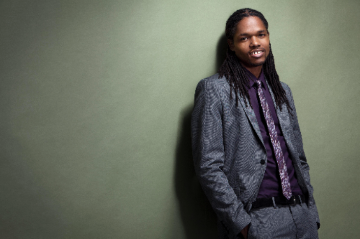