The Pink Room (Produced by Agape International Missions) follows the journey of Mien, and other young girls in the turbulent world of sex slavery. Mien grew up in Svay Pak, just eleven kilometers outside the capitol city of Phnom Penh, Cambodia, a vast and vicious epicenter of child sex slavery. At a young age she enters life in a brothel, and her virginity is sold at a high price.

This is a story of redemption, ordinary people who become unlikely heroes, Cambodians rising up with compassion to take back their country and a town’s process of rebuilding from the inside out. The Pink Room shows passionate determination in attacking the complex issue of human trafficking with an even more complex and diverse response of rescue, restoration, reintegration and prevention. Mien gives hope in the midst of a blinding darkness. In a world where it is estimated that there are over one million children held captive and sexually abused, a flower blooms in the heart of Cambodia.

We will be taking time after the screening to talk a bit about the situation in Cambodia, specifically. There will be an opportunity to purchase merchandise to benefit the SHE Rescue Home in Cambodia at this event as well.

"Best in Category" at the Women's Independent Film Festival 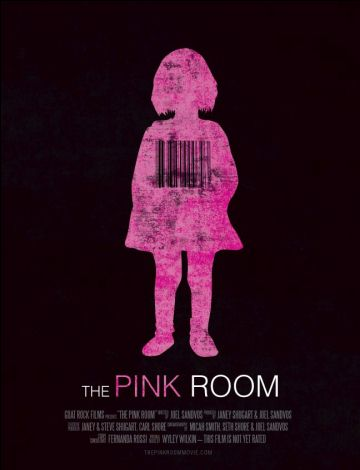