Improv on the Verge

Recover from your weekend with Improv Comedy

Once again we are offering up a Monday Night sacrifice of the most daring, death defying type of live theater there is: Improv! We call it Improv on the Verge!Improv Monday Nights begin with one of our Harold Angels taking a suggestion from the audience and performing a short, comedic monologue which leads to the whole team improvising sketches built around the monologue. This is followed up by an improv performance of games and sketches by our masterful Mainstage Players. It's a mere 5 dollars to get in and laugh like hell at our team of  Southwest Montana S.W.A.T. trained Improv Players. (S.W.A.T. = SouthWest Alternative Theater). All shows begin at 7pm.

This is more live, alternative theater brought to you by the freaks at Verge Theater! (formerly the Equinox Theatre). We're located at  2304 N. 7th Ave. in the strip mall across from Murdoch's. 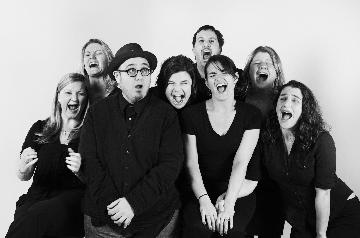