Cash and Cline - Together Again

Relive these legendary performers in a tribute to the 1962 U.S. tour of Johnny Cash and Patsy Cline starring Monica Heuser and Scott Moreau. Scott has been traveling the US and Canada as Johnny Cash in the Broadway smash hit MILLION DOLLAR QUARTET and Monice is currently starring in Menopause, The Musical at the Luxor in Las Vegas. Monica toured the US and Canada portraying Patsy Cline in the national tour of CLOSER WALK WITH PATSY CLINE.  This electrifying tribute to Cash and Cline’s greatest hits including Ring of Fire, Crazy, Jackson, Lovesick Blues, Walkin’ After Midnight and many  more. 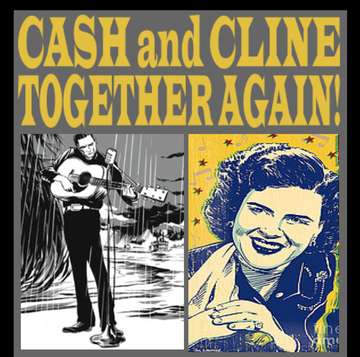