On-line sales have ended. Tickets can be purchased at the Festival box office at the theater.

In "hillbilly" directors Sally Rubin and Ashley York show the evolution of the uneducated, promiscuous "hillbilly" stereotype in film and television, linking it with corporate exploitation of Appalachia's natural resources. The narrative anchor is York, a liberal feminist living in L.A. who returns to her hometown in eastern Kentucky in the weeks leading up to the election. The film seeks to illuminate the experience of white rural voters and to expand cultural understanding of the region, showcasing the African-American Affrilachian Poets workshop and the Appalachian Media Institute at Appalshop, where queer young adults find community and refuge. "hillbilly" aims to challenge viewers perception of Appalachia and to offer folks within the region a cinematic portrayal of which they can be proud, ultimately creating dialogue between urban and rural America. 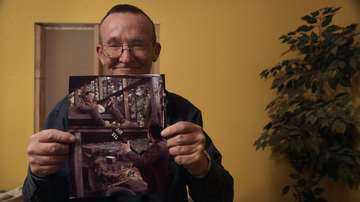