The Phil Denny surge has become a topic of conversation and interest among an international audience spawning loyal and borderless fanfare. Impressive artistry, presence and passion combined with a unique ability to connect with people on and off the stage have earned Denny a resume of notable achievements in just a short time and give reason to play on.

Since emerging onto the smooth jazz scene in 2012 much traction has been made by the efforts of saxophonist and businessman, Phil Denny. The four-time Billboard charting, independent artist has been described as a passionate and soulful player often captivating audiences with his smooth, sexy yet energetic style. Friends and fans alike often describe him as a people’s musician having developed and maintained a very active, loyal and ever-growing fan base even before the release of his internationally recognized 2012 debut CD, Crossover. 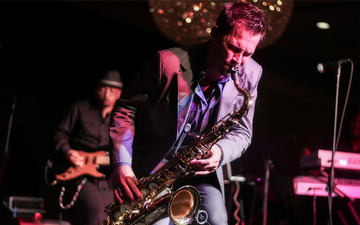