The Silver Spur Arena in Belgrade, along with VI Productions, is proud to welcome an American red dirt band from Oklahoma, the Turnpike Troubadours on Wednesday, August 13, 2014 at 8PM.

The overwhelming success that Turnpike Troubadours have had on the so-called Red Dirt circuit says a lot about the quintet’s authenticity and fire, particularly because their music is not exactly what that scene in known for producing.

Over the course of the past five years, Felker, bassist RC Edwards, fiddle player Kyle Nix, guitarist Ryan Engleman and drummer Gabe Pearson, have honed the rowdy, quick-witted sound that’s brought folks of all stripes together in front of those stages.

Felker, who writes the majority of the lyrics – with an assist from Edwards, who penned the semi-autobiographical “Morgan Street,” about the band’s hardscrabble early days – has a knack for capturing slices of life in vivid detail. He can hit hard emotionally with a song like “Blue Star” (a bittersweet tale of a veteran returning from war) or tweak the listener with something like “Gin, Smoke and Lies” (on which he contrasts his own romantic plight with that of a rooster who manages to satisfy 20 partners, and not just one).

“All the songs are about people we know,” he says. “And yeah, some of them are probably about me to some degree – the guy who ticks off the wrong girl from Arkansas, and the guy who doesn’t always like what he sees himself becoming. Mostly though, I think they’re just honest.”

“This music, at its best, can put into words what we have been thinking for our entire lives,” says Felker, “and even at its worst, it gets people drinking beer and makes people happy. Either of those is fine with me.”

Tickets are available online at www.ticketriver.com for $15 in advance and $20 at the door. 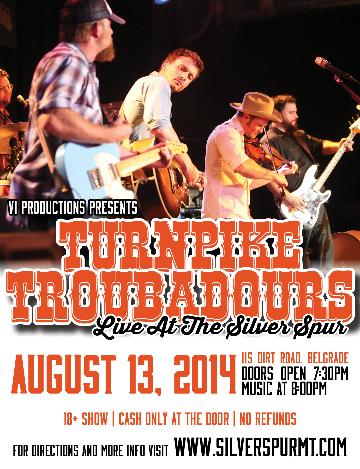