Presented by Kavode Entertainment & 11/12 Lounge, SHUT UP & PLAY 2 will showcase over 20 bands on 3 indoor stages with simultaneous live art performed by local fine artisans, all converging for this one-day Saturday festival! Headlining the event will be the jaw-dropping REGI WOOTEN BAND from Nashville! Guest MC's to include 96 Rock's resident rocker Iron Dave & Gigi Brooks of the highest-rated jazz radio show in the country, GG's Steamin' Greens, on WUCF-FM 89.9! PLUS, there will be a face and body painting artist, massage booth, and RAFFLE DRAWINGS for over $1500 worth of incredible, unique prizes including: free live music for your private party or event, full studio production of your music single, professional photo session, and a swag bag full of merch (CDs, DVDs, t-shirts, and more!) from SU&P and participating bands!!!

"Connecting with people through the Power of Music

& Rockin’ Real Estate one deal at a time!"

THE "W" "Enhancing Beauty from the Inside and Out!"

The oldest of the famed Wooten Brothers, Regi Wooten is known as “the Teacha” – having taught his younger brothers (including 5-time GRAMMY® winners, Victor Wooten and Roy “Futureman” Wooten of Bela’ Fleck & the Flecktones), as well as hundreds of guitarists in the Nashville area. He is a jaw-dropping musician, world-class entertainer, and is revered by many as the greatest funk guitarist in the world!

Widely excepted as one of today’s greatest modern electric bassists, Dave LaRue has been awarded the "Lifetime Achievement Award for the Advancement of Bass Guitar" and has been touring and recording since 1988 as a member of the 2-time GRAMMY®-nominated band, Dixie Dregs, and the Steve Morse Band

Full-fledged jazz group performing orignals and jazz standards, while combining improvisation with Hip-Hop, Soul, Funk and Blues, carving out their our own individual niche while standing shoulder to shoulder with the titans of jazz (feat. trumpeter, Jarritt Sheel)

Collective group of like-minded musicians bringing to life the Latin and Smooth Jazz-infused music of trumpeter, Lindy Romez, who has had the distinct honor of performing with the 82nd Airborne Division's Jazz, Latin, Top 40 and Ceremonial bands at hundreds of concerts, military ceremonies and funerals while touring nationally with the US Army Band

Collective mind of musicians flirting with sonic explorations of prog, fusion, world, jazz, jam and blues and bringing together their talents and diverse backgrounds to create bold and exciting intrumental based music

Local favorite at many Florida festivals incorporating a unique approach toward music with its use of buckets, cymbals, pots, pans and gadgets 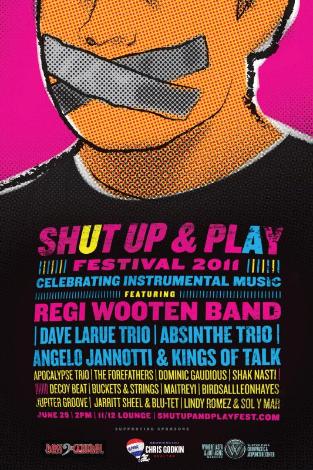