When Vootie Productions received a promo copy of her first cd many years ago, it became a personal quest to put this show on stage in Bozeman. Ever since she burst onto the national folk-music scene in the mid-1990s, Gillian Welch has been hailed for her ability to write new songs that somehow seem utterly familiar. Yet around these parts, her arrestingly intimate voice has never been heard up close and personal - until next month.

Today,we proudly announce that Giiiian Welch and her songwriting/guitarist partner David Rawlings will take the stage at Bozeman's Emerson Center on Monday, July 18th at 8pm. Tickets are on sale now at www.vootie.com. and will be on sale at Cactus Records soon.

Welch, a two-time Grammy nominee and associate producer of the smash hit soundtrack to the film "O Brother, Where Art Thou?," will appear together with her longtime musical collaborator, David Rawlings, just three weeks after the release of her long-awaited fifth studio album, "The Harrow and the Harvest."

Deeply influenced by the music of Appalachia, Welch has earned critical acclaim for her arresting voice, beautiful melodies and heart-wrenching story-songs.

"This is the sound of two voices, locked in unison, locked in harmony," wrote Colin Meloy, lead singer of the Decemberists (and former Missoula musician), in an essay heralding the release of "The Harrow and the Harvest." "The sound of two people playing live, with no overdubs, and very few takes. Two people making music together as if they were one soul combined."

Over the past 15 years, Welch and Rawlings have headlined most of America's top roots and folk music festivals, including the Newport Folk Festival, Coachella Festival, the Telluride Bluegrass Festival, the Austin City Limits Festival, and Farm Aid. In addition to her albums with Rawlings, Welch has recorded with a range of well-known artists including Ani DiFranco, Emmylou Harris, Alison Krauss, Bright Eyes, Steve Earle, Ryan Adams, Ralph Stanley, the Decemberists and Mark Knopfler. 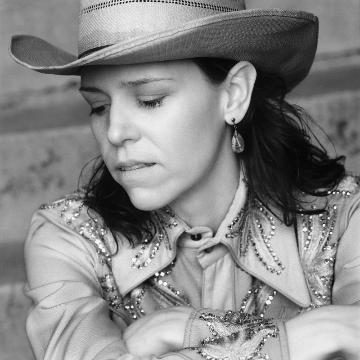