Inflowence, the 2012 film from 9.81 Films, presented by DaKine focuses on the progression and the factors that have coincided with many great advancements of the sport of skiing. (Over the last decade skiing has exploded into what we know it is today. But skiing has had many trying moments long before the end of the 20th century.) This season 9.81 Films plans to showcase todays raw talents of skiing in a high action, retrospective, yet progressive look at what things are pushing the sport today. 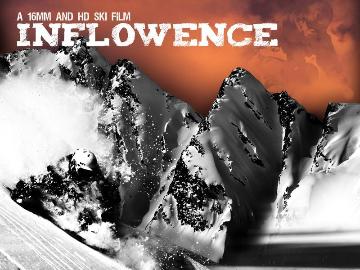