The Southern Heritage Band has been performing at clubs, festivals, private parties, weddings and fund raisers in the North Texas area for over 7 years. The band started as an small acoustic group playing at local coffee shops and fundraisers. It quickly developed into one of the most requested party bands in the area. The band puts their heart and soul into every performance thus leaving the audience wanting more. The group plays favorites by such artists as the Eagles, Journey, Merle Haggard, Lynyrd Skynyrd, Reba McEntyre, George Strait, George Jones and many others.

In the past 4 years, The Southern Heritage Band has been nominated for multiple awards to inlcude; "Entertainer of the Year", "Female Vocalist of the Year" and "Club Band of the Year". They have headlined the Odessa Permian State Fair with America's Got Talent Winner, Terry Fader and have opened for such great artists as Randy Rogers, Eli Young Band, Jamie Richards and Eddy Raven. The band is a favorite group to perform for local "DFW" radio stations. "While Sophie Clark entertains the crowds, the band plays music anyone can dance to." 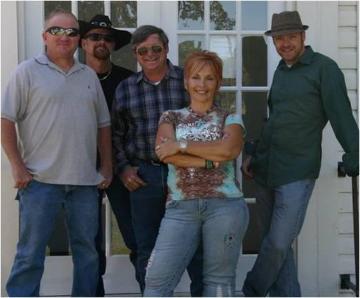