The Lone Star Troubadours (LST) is a Texas Dance band that has been together since 2000. We are from Wichita Falls, Texas, and perform throughout the Southwest including Arkansas, Oklahoma and Texas at Western Swing Events, Rodeo Dances, Civic Events as well as good ole’ Honky Tonks. Our Style of music is best described as Texas Roots Music, the kind you danced to when you were a kid or maybe the type your parents taught you how to waltz and Cotton Eye Joe to.  If you can’t dance to it, we don’t play it. It’s just that simple.

Venues we play include Civic events with the Texas cities of Nocona, Burkburnett, Bowie, Paducah, Jacksboro, Fort Worth, Garland and Wichita Falls. We were evened allowed the honor to perform for an event provided for the North Atlantic Treaty Organization (NATO). We are considered to staples and some of the most prestigious Western Swing events throughout the Southwest  including those provided in such Texas communities as Snyder, Wichita Falls, Canton, Bowie, Turkey as well as the Arkansas community of Mena. We are active members of the many Western Swing Societies and perform regularly at their showcases in Oklahoma and Texas.

We PRIDE OURSELVES with looking the part, playing the part, and keeping the Texas music tradition alive and well.  Looking the part, we believe includes our dress and appearance on stage, playing the part is, of course, performing the music in the best fashion we possible can; and finally keeping the tradition alive means giving the promoter the very best show that a group is able to provide: such as promptness, professionalism both on and off stage, crowd friendly, and generally just giving a great performance each and every time we play. 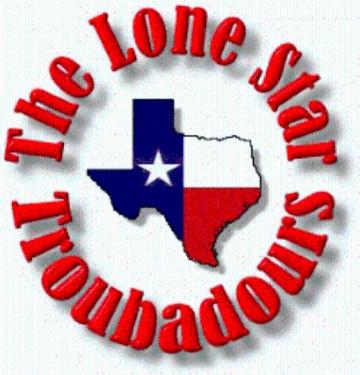