Keb' Mo' will be bringing his award-winning style of blues-infused American music to Big Sky, his first appearance here and the Arts Council is absolutely delighted!

TICKETS WILL BE AVAILABLE AT THE DOOR FOR $50, CASH OR CREDIT ONLY, NO SERVICE CHARGES. TICKET BOOTH OPENS AT 5 P.M.

WILL CALL BOOTH OPENS AT 5 P.M.

Keb Mo's music is purely a post-modern expression of the artistic and cultural journey that has transformed the blues, and his own point of view, over time. His distinctive sound embraces multiple eras and genres, including pop, rock, folk and jazz. He is a three-time Grammy winner for Best Contemporary Blues Album, and a four-time Grammy nominee, and has garnered a host of other awards since he released his self-titled debut in 1994. Mo's latest album is The Reflection, his first since his Grammy-winning 2006 albums, Suitcase. Don't miss this exciting opportunity to see this American guitar legend right here in Big Sky!

Jackie Greene's music inhabits the loosely well-worn ‘Americana’ genre yet he's managed to hone his striking talents over the years carving a sharply unique niche. Greene's sound, a mix of rock, folk, country and blues traditions, has garnered much critical praise and the admiration of musical peers his distinctive songwriting and assured musicianship earning a groundswell of recognition that grows steadily with each new endeavor.

This concert will be in the Big Sky Town Center area, including the Town Center Park. There will be plenty of parking adjacent to the venue, but the entire area will be enclosed for concert-goers only. Doors will open at 6 p.m., and the music will start at 7 p.m. Children 12 and under will be admitted free!

There will be food and beverage vendors in the venue. Only personal belongings will be allowed into the concert area, with the exception of concert chairs and blankets.

Please visit our web site at www.bigskyarts.org for more information!! 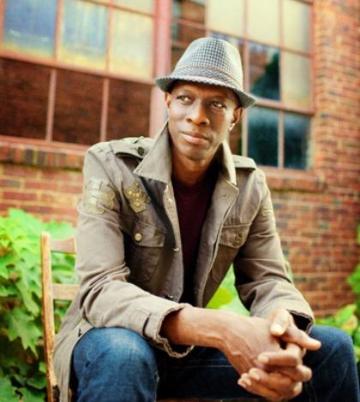