Combat Night comes back to Orlando for our 55th show and the first one in Orlando for 2016. Come out and support your local MMA fighters as they step into the cage and look to take home a win. We have fighters from multiples schools in the area, including, Breaking Point MMA, American Top Team, Tough As Nails MMA, American Combat Club, The Jungle, Team Gladiator, and Gracie Barra. 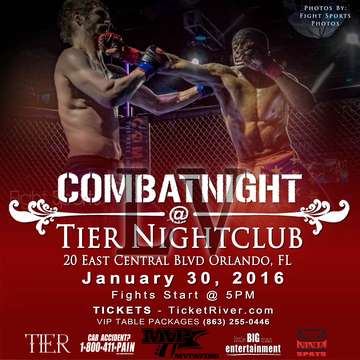