Star Creek Records announces the premiere of The Royal Guardsmen’s new tell-all documentary, “Burned By A Beagle! – the True Story of The Royal Guardsmen.” The event will take place at 2 p.m. on Saturday, October 8 at The Marion Theaterin downtown, Ocala, Florida.  The theater address is: 50 S. Magnolia Avenue.

The Royal Guardsmen secured their place in rock and roll history in 1966 when they released their smash single, “Snoopy Vs. The Red Baron.”  The song, and album of the same title, went on to sell over one-million copies worldwide and earned R.I.A.A. platinum certification.  Two years later, the band scored a Top-Ten holiday hit with “Snoopy’s Christmas, which has become a holiday favorite around the globe.

The story behind those songs is told with charm, candor and humor in “Burned By A Beagle!”  The one-hour documentary was produced by Emmy Award-Winning producer Joseph Rothenberger.  It features interviews with three of the group’s original members -  Bill Balogh, Chris Nunley and Billy Taylor. 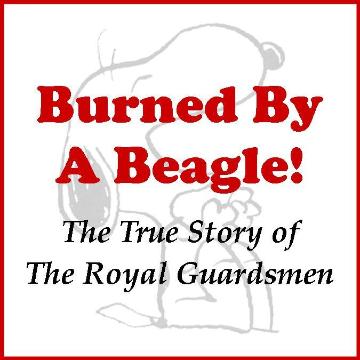