On Saturday, October 29 the monsters will be set loose on Flint, Michigan when the city's first horror convention kicks off its inaugural event. In the heart of this historic city at downtown Flint’s historic Masonic Temple hundreds of fans will be welcomed to a space with over twenty five vendors and a full day of films and fun.

Adding to the day's fun will be local and regional horror films, costumes, and there will also be some fan favorite stars on-hand for fans to meet and get autographs from. More than anything, the Flint Horror Con will give fans in Mid-Michigan something they have never had before and that is a fun, low cost horror convention.

With a low ticket price and a full day of movies and events planned and the Flint Horror Con will be the only place to be this Halloween season.

Ken Sagoes – Kinkaid of Nightmare on Elm Street 3 and 4

Flint Horror Con - where all the monsters will be. 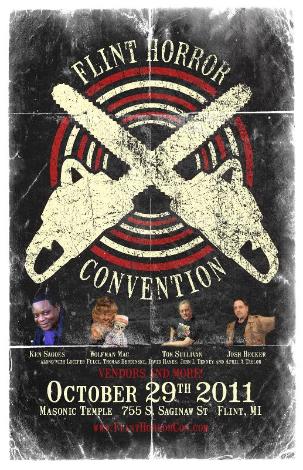