The “52Hz, I love you” is a Taiwanese film that will be premiered on Nov 19,2016 in Houston
Culture Center of Taipei Economic and Cultural Office
Houston, Texas
Selected Tickets

“52Hz” is a very unusual frequency that sings by the loneliest whale in the world which was detected in the Pacific Ocean. The mysterious pitch is like no other; the song sounds like crying out for companionship that never comes.[i] However, the Taiwan film “52Hz, I Love You” features that even though in the hustle and bustle of Taipei, city life should not be millions of lonely people living without love.

After the Taiwan film "Cape No. 7" successfully swept audiences' heart off their feet in 2008 and set the highest box office, the director, Wei Te-Sheng, with his newest film "52Hz, I Love You" will be world premiered in North America this year.

Taiwanese Association of America Houston Chapter joins with other 40 cities in the U.S. and Canada to cast this film. We are taking the privilege to screen it on November 19, 2016, as well as inviting Taiwanese cast to join the after-screening discussion. With your participation and donation, we can proudly introduce this Taiwanese film to Greater Houston Community.

Remarkably, the movie hits another record on “the first Taiwanese musical film,” and again, the director audaciously finds new appealing actors to present a series of romantic comedy stories with beautiful original songs that take place in modern Taipei City, Taiwan, on Valentine’s Day. It will bring a brand-new impression about the city and Taiwan to audiences.

On the way home from the screen, you might find yourself humming those bittersweet songs as those characters do with happiness. 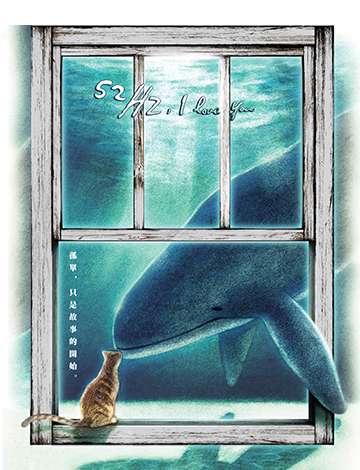