Pinecastle recording artists Lorraine Jordan & Carolina Road have a distinct sound and charismatic stage show, which sets them apart from many traditional bluegrass bands. Affectionately known as the “Lady of Tradition” in bluegrass, Lorraine has fronted Carolina Road for over 15 years. The band’s distinct sound and old time flair can be attributed to the bluegrass-rich area of North Carolina from which they hail and borrow their name. As the founding member and band leader for Carolina Road, Lorraine Jordan’s showmanship and chemistry with the audience makes the group one of the most popular bands among bluegrass fans today. The band has a large following and a fan club of 600 active members. They have partnered with Southern Travel of Raleigh, NC, and already have a tour bus of fans headed to 6 of their show dates this year.
Contact Event Organizer 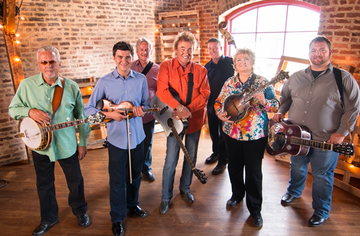