The Museum released their new album 'Let Love Win' on July 27th, 2010.  Formed in 2006, The Museum released their debut album 'Reverse This Dying Trend' independently in 2008. 'Let Love Win' is their first album since signing with BEC Recordings.The band consists of Ben Richter (Lead Vocals / Electric & Acoustic Guitar), Chris Brink (Bass / Background Vocals), Josh Kirk (Drums / Programming), and Geoffrey Ashcraft (Electric Guitar). "We decided the band would be called The Museum," Josh says, "because we hope our music and those we share it with can be the evidence that Christ has done a revolution in our hearts." 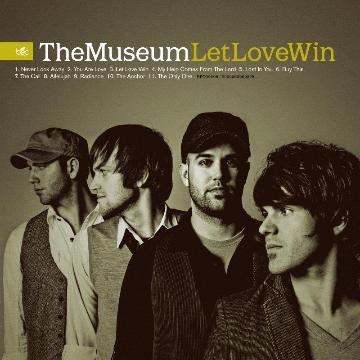