Rodney Crowell to Perform in Bozeman and Livingston

Crowell’s new memoir, “Chinaberry Sidewalks” will be released by Knopf in January. This Montana tour will be the first of more than 60 performances that will combine a few stories with plenty of music by the Americana lifetime achievement award winner.“This whole thing sort of started in Montana,” said Crowell. “I was at Pine Creek Café on a snowy January night a few years ago and this format just worked. I was in the middle of the book then, and when I finished it and planned this tour, it seemed only right to start up again right here in this lovely place.”

The show will feature songs from Crowell’s lengthy career as a performing songwriter, penning gems such as “Til I Gain Control Again,” “Leavin’ Louisiana in the Broad Daylight,” “Heartbroke” “Shame on the Moon,” and  “ Aint Livin’ Long Like This” Crowell will be joined at both shows by opener Ben Bullington. Crowell produced two tracks on Bullington’s most recent CD “Satisfaction Garage.”

There have been some awards along the way: Rodney won a Grammy in 1989 for the Best Country Song: "After all This Time." He was inducted into the Nashville Songwriters Hall of Fame in 2003. After he re-formed The Notorious Cherry Bombs in 2004 with his old pal Vince Gill, the band was nominated for a CMA Top Vocal Group award. Hundreds of versions of his songs have been recorded over the years.

These shows are a very rare opportunity to witness a master songwriter and storyteller with an amazing tale to tell in two very intimate venues as both places hold around 200 people.

Tickets for the the Bozeman show are $25 and on sale at Cactus or may be purchased online at www.vootie.com . Livingston tickets are also $25 with a percentage going to the newly opened theater and available at Old School Theatre Box Office at (406) 222-1420. The theatre is located at 415 East Lewis Street in historic downtown Livingston. 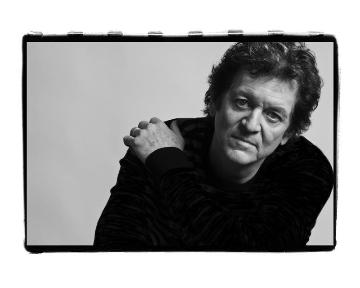