"The real thing, people, a star with potential to permanently affect the musical landscape and keep us entertained for years to come." —Billboard

A native of Syracuse, New York, Martin Sexton grew up in the 80's, uninterested in the sounds of the day, and fueled his dreams on the timeless sounds of classic rock and roll. Sexton eventually migrated to Boston, where he began to build his following singing on the streets of Harvard Square and gradually working his way through the scene. His 1992 collection of self-produced demo recordings, In The Journey, was recorded on an old 8-track in a friend's attic. He managed to sell 20,000 copies out of his guitar case busking.

1996-2002 Sexton released Black Sheep, The American, Wonder Bar and Live Wide Open (mixed by Jon Alagia – Dave Matthews Band, John Mayer). The activity and worldwide touring behind these records laid the foundation for the career he enjoys today with an uncommonly loyal fan base, selling out venues from Nokia Theatre (NY) to LA's House of Blues.

Happily and fiercely independent, Martin Sexton launched his own label KTR (2002). Since then, his continual success through his diversity infiltrates many musical worlds – ranging everywhere from Jam Cruise to Denver's Mile High Fest to Mayercraft Carrier to Carnegie Hall. His songs are featured in film and television including recent placements on NBC's Scrubs and Showtime's hit series Brotherhood.

"Martin Sexton is ripe with raw, expansive talent. His voice comes in a hundred impossible shades. His songs are sweet and spirited and soulful. His repertoire is like a cross-country tour of the American musical vernacular." —Boston Globe

The New York Times wrote that this artist "jumps beyond standard fare on the strength of his voice, a blue-eyed soul man's supple instrument," adding that "his unpretentious heartiness helps him focus on every soul singer's goal: to amplify the sound of the ordinary heart."

In 2007/08 Sexton logged his most successful years to date with the release of his latest studio offering, Seeds. The album debuted at #6 on Billboard's Heatseekers chart, and the Los Angeles Times writes, "Call him a soul shouter, a road poet, a folkie or a rocker and you wouldn't be wrong."

His latest studio release, Sugarcoating, finds this one-of-a-kind-troubadour doing what he does best: locating larger truths within the specific details of the life he's living. 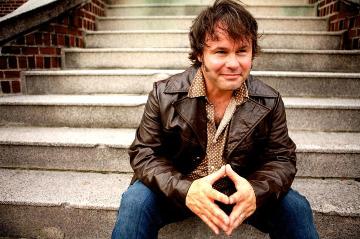