It’s time for Animaniacs…IN CONCERT! Join the voices of Animaniacs - the iconic animated Warner Bros series (produced by Steven Spielberg) - for a “zany, animany and totally insaney” evening as they perform the world-famous songs from the beloved cartoon series backed by the original projected animation.

Animaniacs remains as topical and relevant today as it was when the TV series debuted in the early 1990’s. With new episodes currently streaming on HULU, Animaniacs is a multi- generational animated favorite with universally-recognized hit songs. Fans of all ages will experience Animaniacs like never before…especially those who grew up watching the series. As its creators say, “Animaniacs in Concert is for the adults – it’s hip, it’s funny…but kids will love it,

Animaniacs and all related characters and elements are trademarks and © Warner Bros. Entertainment Inc 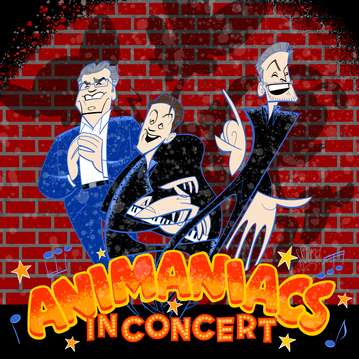