20th Anniversary of The Horse Whisperer with Visions of Grace

Celebrate 20 years of The Horse Whisperer, and watch the documentary about the making of the film.
Emerson Center for the Arts and Culture
Bozeman, Montana
Questions? Contact Event Organizer
Selected Tickets
{{m}}

Windhorse Equine Learning presents The Horse Whisperer in its 20th anniversary year! Re-watch the movie that introduced the world to the concept of "natural" horsemanship and the ability of horses and humans to connect on a deeper level and heal each other. Windhorse is also pleased to present Visions of Grace, a documentary by local filmmaker and Windhorse Board Member, Dennis Aig, about the making of The Horse Whisperer. Visions of Grace aired on the Lifetime Channel and has never been screened in Bozeman before. The evening is a benefit for Windhorse Equine Learning and its programs that help our community's youth learn and grow with horses.

The films start at 5:00 pm, and doors open at 4:00 pm. Tickets are $15 for adults and $10 for kids 12 and under, seniors and students with valid ID. There will be a no-host reception in the lobby of the Emerson, with food from XX and beer and wine. Visions of Grace will screen first, followed by a short intermission and the feature film at 6:00 pm. 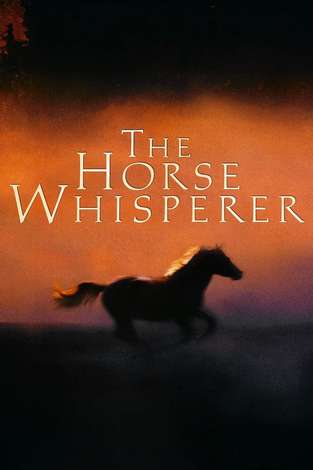